All artists experience times when they yearn to create yet find themselves unable. Writers, in particular, seem to struggle with this. They even have a term for it in the OED – and it isn’t called “Dancer’s Block”.

From a scientific standpoint, why might accessing creativity be harder for writers? Recent studies in neuroscience posit an answer: The tension termed “writer’s block” arises, in part, from the paradox of needing sensory stimuli to evoke and sustain the brain wave state conducive to (and required for) creativity and innovation. The tools and rituals surrounding writing do not, in themselves, evoke this. Therein lies the rub.

7 REASONS IT REALLY IS HARDER FOR WRITERS

Emotions reside in the senses, and it is via the senses the brain wave state conducive to creativity gets accessed, yet the act of writing takes place primarily in the head. Blowing into an Ecuadorian flute or twirling in toe shoes are, by contrast, embodied activities that engage more of the senses.

2. WE USE AN ABSTRACT TOOL

Language, the writer’s primary tool, is abstract. The phrase “a blade of grass” may call to mind an image, but the phrase is not an actual blade of grass; you cannot smell it or feel its texture. Translating the sensory into the abstract may be a writer’s job, yet words remain once removed.

Since writers use language to converse and keyboards to compose everything from texts to grocery lists, it makes it harder for the brain to associate these tools exclusively with the act of creative writing. And, since it’s challenging to leave such ubiquitous tools behind, there’s no equivalent of walking away from a studio or canvas at the end of the day.

Dancers warm their bodies with stretches and pliés. Musicians tune instruments and practice scales. In many disciplines, such preparatory rituals are associated exclusively with one creative act and serve to activate a mindset conducive to creativity. The ramp-up process to writing does not automatically do so, especially when it consists of little more than sitting down and telling yourself: “Now, write!”

It isn’t called dancer’s block because a dancer dances herself out of being blocked via the sensory rhythmic nature of the activity itself. Dancing sustains creativity’s optimum brain wave frequency in much the way painting does. Writing doesn’t require as much physical activity; therefore, it does not perpetuate itself as easily.

Composers, filmmakers and choreographers must externalize ideas quickly so collaborators can begin working with them. Solitude can prolong the gestation period for projects. If a deadline and audience are not in place, writers risk tinkering endlessly while their counterparts in different disciplines refine realized visions.

Writers tend to favor verbal and analytical approaches to solving creative challenges, writer’s block chief among them. Yet fear responds poorly to logic. In order to work optimally as a survival mechanism, our limbic system must trigger a freeze, flight or fight response before the brain has had the opportunity to process what triggered the fear in the first place.

What writers need to know about SMR – the “sweet spot” for creative innovation.

Breakthroughs in brain imaging have delivered hard evidence of what writers have long suspected: different brain wave frequencies inhibit or facilitate different cognitive behaviors such as focus, creativity or relaxation. The tension termed “writer’s block” results from an incompatibility between brain wave state and desired activity.

.
Few things induce a high beta state in writers more reliably than sitting down and saying, “Now, create!” Yet once in this state, writers experience decreased activity in areas of the brain conducive to creative writing and increased activity in areas of the brain that inhibit innovation. Even when they follow the butt-in-chair advice of mentors, the resulting experience may be unpleasant enough for the brain to associate writing with stress, sabotaging future attempts.

So, how can individuals overcome writer’s block? The ideal frequency for creative thought is referred to as SMR – an alpha state activated by sensory motor rhythm. Writers can drop into this from a high beta state via any sensory activity practiced for as little as two minutes. Since writing rituals either feed a high-beta state or build a bridge to SMR, a writer should not skip sensory activities any more than a dancer should skip stretching prior to a performance.

Creativity guru Jeffrey Davis hits the yoga mat prior to writing sessions. Classic and contemporary authors from William Wordsworth to Stephen King have considered long walks as much a part of their process as time spent at the page. Nancy C. Andreasen, a neuroscientist who has spent decades studying creativity in writers, notes in her Atlantic feature “Secrets of the Creative Brain” that writers reported their most innovative ideas tended to strike when the mind was relaxed.

Whether it’s weeding the garden or walking the dog . . . learn what activates idea flow for you.

2. LOOK TO OTHER ART FORMS FOR INSPIRATION

Need a title? Visit a gallery to see how paintings are titled. Wish to bring characters more fully to life? Note how choreographers position actors on stage at the start and end of scenes. Some writing professors go so far as to have students build architectural models to visually represent the structure of novels. Exploring ways to make drafting more visual, auditory or kinesthetic aids unblocking.

Writing longhand is an easy method of establishing a better mind-body connection. Studies confirm handwriting engages different parts of the brain than does typing, improving idea generation. For die-hard techies, a program called OM Writer incorporates background colors and sound into a word processing application, while Hanx Writer replicates the clickety-clack of keystrokes and “ding!” of the carriage return, like an old manual typewriter.

Jennifer Egan composed her Pulitzer Prize-winning A Visit From the Goon Squad longhand on legal pads, in an upholstered chair far from her computer, which she reserves for revision. If you typically work in an office, head outdoors. If you do business on a laptop, try drafting in a journal. If handwriting isn’t an option, employ a different colored font – anything to set creative work apart from other types of writing.

5. TRIGGER THE URGE VIA ASSOCIATION

If you light an orange-blossom candle or brew a pot of Café Verona prior to each writing session, and never at other times, neuroscience suggests that within three weeks, the scent of orange blossoms or taste of coffee will trigger the urge to write, much like the conditioned response to eat that turning on the TV triggers in those who habitually dine in front of the screen. Since you’re creating rituals around your writing, consciously or not, why not put association to work on your behalf?

Set aside a block of time in which to write (say, 30 minutes) and tackle no more than one specific task per session. The writer Robert Boswell outlines a system of transitional drafting doing exactly this. A task might be: go through and make Billy’s ten lines of dialogue sound more like he’s from Kentucky. Not: revise this piece so it’s ready for The New Yorker. Use your phone timer timer as a means of concluding, and allow yourself the gift of feeling satisfied if you show up. Remember: the goal is to create a positive association in the brain that you can get writing tasks done in half an hour.

Brain science confirms we’re more likely to perform a task if it is for someone other than ourselves. A deadline and audience work wonders for turning a dream into a completed draft. Join a workshop, hire a writing coach or editor or partner with a buddy to whom you report and from whom can receive compassionate support.

While getting out of the head and into the body may be more challenging for writers than for artists in other disciplines, it is the most rewarding practice we can undertake to improve our writing within the shortest period. Given that the human brain’s response to stress is unconscious, the most effective route around writer’s block might be a circuitous one.

Ready to achieve your writing goals?
Explore our one-on-one coaching services that provide accountability, expert feedback and encouragement through each stage of the writing process.

– For an in-depth look at how brain science impacts writing, explore Rosanne Bane’s Around the Writer’s Block.

– For a thoughtful examination of how writers might access flow more easily, pick up Robert Olen Butler’s From Where You Dream: The Process of Writing Fiction.

Carol Test
CAROL TEST is an award-winning short story writer and former editor-in-chief of Sonora Review. Raised in Phoenix, she earned her MFA in Creative Writing from the University of Arizona and taught fiction workshops at the college level for more than a decade. She currently empowers authors to get works-in-progress publication-ready via The Writing Cycle.
Recommended Posts
Showing 3 comments
pingbacks / trackbacks 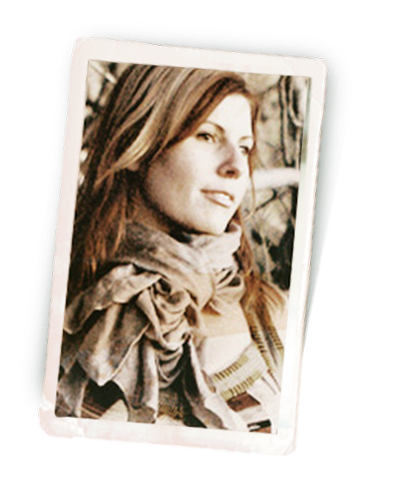 The Writing Cycle's blog offers inspiration and expert advice for authors.
Dream it up. Write it down. Make it good. Get it out. 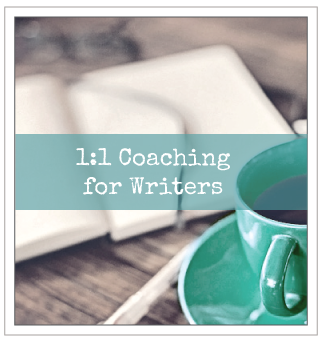 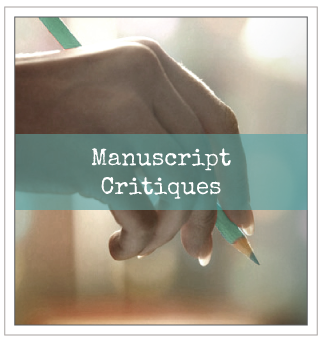 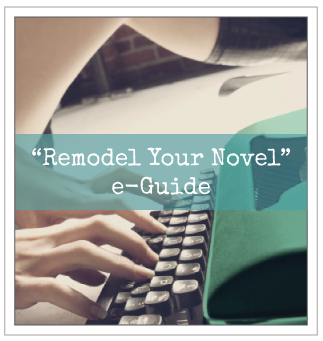 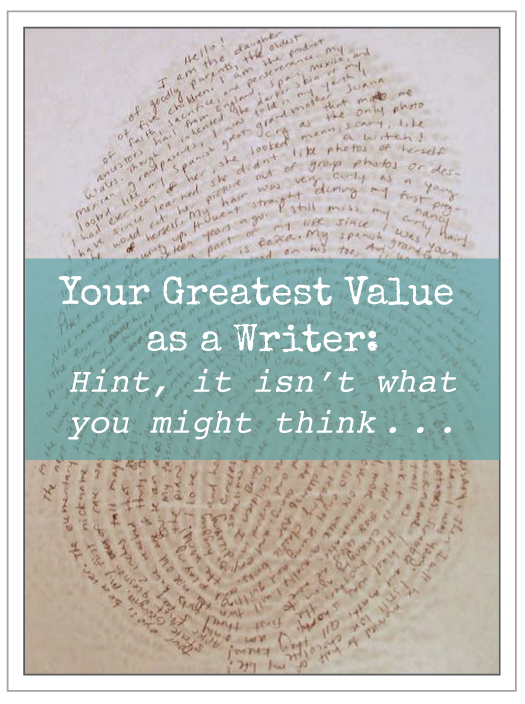 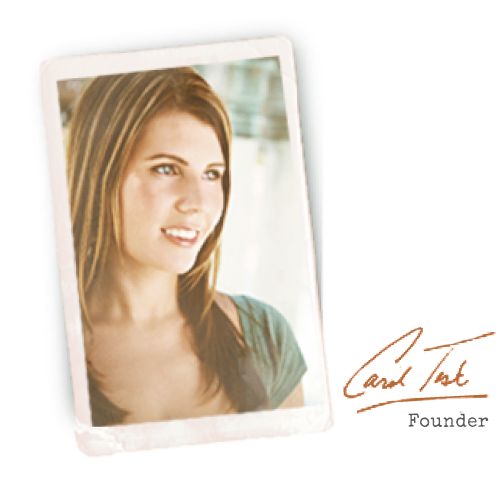 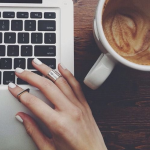 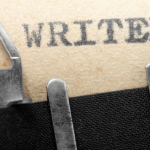 A Portable MFA: The Best Books on Writing